Continuation of a three-day excerpt from my cousin John Black’s diaries over the weekend of Friday through Sunday, January 15-17, 1954. In these entries, John describes a weekend visit that he and his brother Peter made to my grandparents’ house in North Stonington, Connecticut. (Note: when John reached the end of a page, he would continue at the top of the same page and sometimes on to other pages in the diary.) 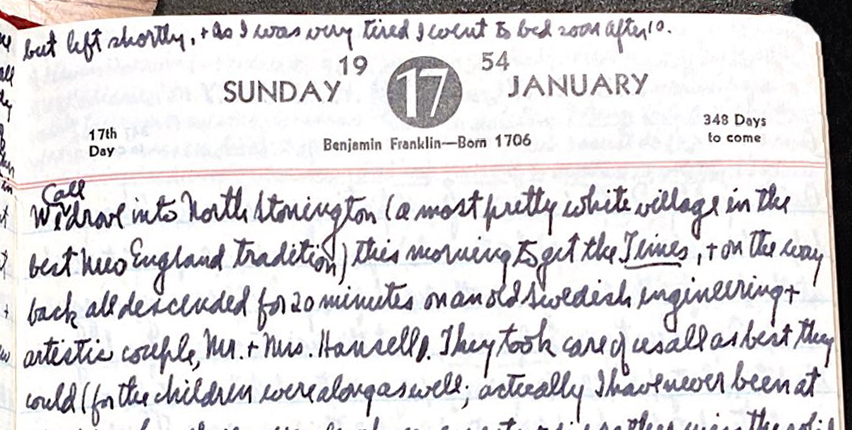 We all drove into North Stonington (a most pretty white village in the best New England tradition) this morning to get the Times, & on the way back all descended for 20 minutes on an old Swedish engineering & artistic couple, Mr. & Mrs. Hansell. They took care of us all as best they could (for the children were along as well; actually I have never been at J’s & B’s when there were so few houseguests & did rather miss the solid, hard-working, well-educated but narrow optimism of the older generation, Aunt Reba or the Blisses); but mainly I just absorbed the atmosphere of their little old house. A little bit too redone, but still a sense of books & art & general intellectual luminousness & awareness in a little room in the middle of the wilderness. Back at J’s & B’s, we ate a huge dinner & then took a walk up towards Clarks Falls (but it was so cold – 5o – that we didn’t get very far). Joel held forth enthusiastically on why didn’t I do graduate work in history?, & they are still puzzled abt why Uncle K. doesn’t want them to come to Mansfield to work in the Loan. They admit that they don’t know what Mansfield is like, but they do want more money than the $4,000. J. is getting now – which is understandable! And Peter & I & Jane left on a 5.30 train - & sat in the blond “grille car” (w/the tables, clothless, along the sides) the whole time & drank, w/eventual chicken pies. Girls like this one should not be named Jane, but often are. Patsy, Joanne, or Marilyn would be more fitting. She is all right – we kept her talking abt her trip to Europe w/her erstwhile husband - & is basically intelligent, but she is so mixed up & has had such a big dose of chi-chi New York so young, that I fear she is lost. Grand Central just after 8. Peter was up at my apt. for a little while, but left shortly, & as I was very tired I went to bed soon after 10.

People mentioned on Sunday, January 17, 1954 and family members mentioned throughout: 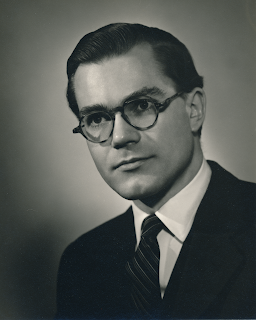 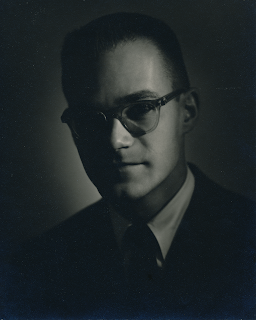 Joel and Barbara Dirlam, both age 38, my grandparents: Joel was a first cousin to John’s father, making him a first cousin once removed to John and Peter. Joel was a professor at Connecticut College at the time, making, as John noted $4,000 a year (equivalent to just over $38,000 today). To make ends meet, he also worked for a neighboring farmer to bring in crops and he occasionally worked on the county road crew. John mentions “the children,” who were Joel and Barbara’s daughters, the oldest of whom is my mother, Hilary who was 12 (about to turn 13). Priscilla was 5, and Daphne, the youngest, was just 4. Hilary remembers the “apartment” in which John and Peter slept. Originally intended for Joel’s mother, Reba, she never took up residence (probably a good thing, given what John says about Barbara’s relationship with “Aunt Reba” in this entry). Reba lived nearby in New Haven, her husband having moved back to their hometown, and the place of Joel’s birth, Mansfield, OH.

Howard Kenneth Dirlam, my great grandfather: “Uncle K.” was Joel’s father, H. Kenneth Dirlam (known as Kenneth), Reba’s estranged husband. Kenneth moved back to his home town of Mansfield, OH in 1938. He moved there from New Haven, CT to help his father, Howard Buck Dirlam (“Howard”), run the family business, the Mansfield Savings and Loan bank (known to locals as the “Dirlam Savings and Loan”). Kenneth’s brother, Jay Dirlam, who died suddenly in 1938, had managed the bank with his father, so Kenneth went back home to take his place. Howard died in 1951 and Kenneth managed the bank until his death in 1968. It’s to this bank “the Loan” that Joel referred when he wondered why his father hadn’t asked him to come back to Mansfield to help.

The Blisses: John mentions that he wished for the company of “the Blisses,” who were cousins. Caroline Baxter Bliss was Reba’s sister – their other sister was Jessie Baxter Black, John’s grandmother. Caroline’s daughters Betty and Jane Bliss were Joel’s first cousins and John’s and Peter’s first cousins once removed. Because of the ages of their parents and the timing of their births, Joel, Betty, Jane, John, and Peter were close enough in age that they grew up knowing one another and they remained in regular contact their entire lives. (Jane married Fred Merrill, an English engineer, and had moved to England. The Merrills were similarly close to John, particularly after he began to live part time in London in 1966.)

John and Peter Black photographs: in my possession, received from their estate.

Posted by Daniel Woodruff at 4:31 PM

Email ThisBlogThis!Share to TwitterShare to FacebookShare to Pinterest
Labels: In Their Own Words, Who Were They?